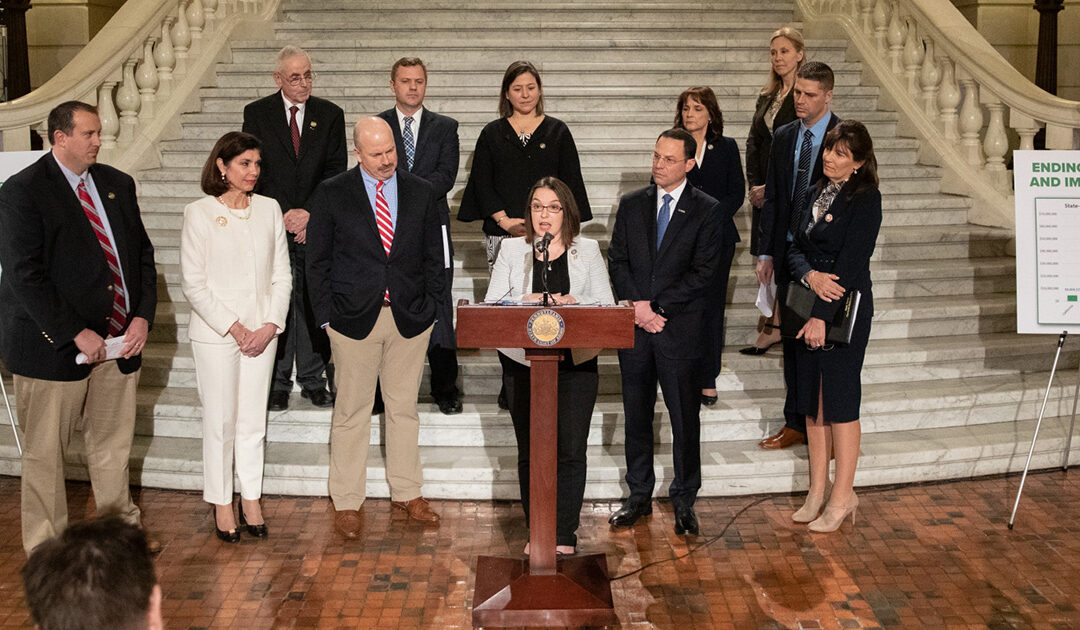 Harrisburg, PA − March 2, 2021 − Today, on the 158th anniversary of President Lincoln signing the Federal False Claims Act into law, Senator Lindsey M. Williams (D-Allegheny) and Senator Kristin Phillips-Hill (R-York) announced that they plan to introduce the Commonwealth Fraud Prevention Act for Taxpayer Accountability. This legislation will serve as a Pennsylvania False Claims Act that will protect whistleblowers and encourage the reporting of fraud, waste, and abuse.

The Commonwealth Fraud Prevention Act encourages private citizens to come forward as whistleblowers against those filing false or fraudulent claims against the Pennsylvania government in order to protect taxpayer dollars. This legislation includes all provisions required for compliance with the Federal False Claims Act, which will allow Pennsylvania to recover an additional 10% of any monies recovered under the law.  The full text of the co-sponsorship memo can be found here.

“With billions of dollars in state and federal aid coming into Pennsylvania as a result of the COVID-19 crisis, encouraging people to come forward and report fraud, waste, and abuse is crucial to ensuring that every dollar we receive goes toward helping those hit hardest by this pandemic,” said Senator Williams. “As both a whistleblower myself and as an attorney who worked with whistleblowers for years, I can tell you that people want to do the right thing and report fraud when they see it. But there are a lot of risks in doing so. They can lose their job, their healthcare, and their pension all in one fell swoop, which is especially scary during a global pandemic and high levels of unemployment. We need to protect the whistleblowers who are looking out for all of us.”

“The failure of the Commonwealth to adopt a civil fraud statute has prevented Pennsylvania from recovering taxpayer money lost to fraud,” said Senator Phillips-Hill.  We must encourage the individuals to come forward who can thwart scams and save taxpayers thousands, if not millions of dollars, as evidenced in other states with these protections in place. This bipartisan proposal will add those protections to encourage the stewards of taxpayer dollars to come forward, and will serve as a much-needed step in the right direction to address the scams and fraudulent activity across all layers of state government.”