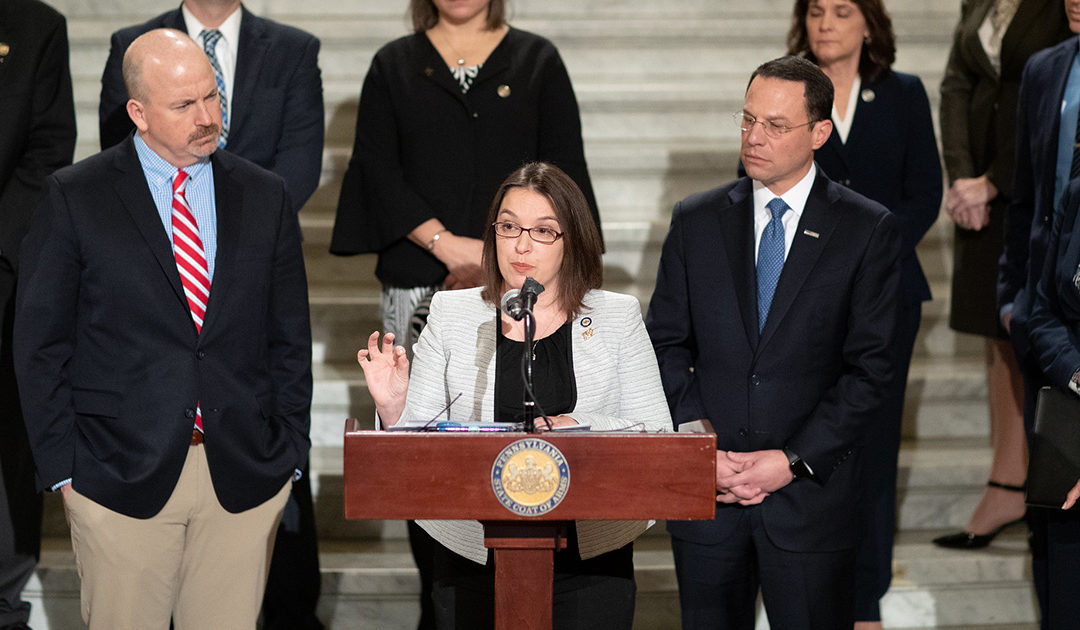 Senator Williams is the prime sponsor of the Commonwealth Fraud Prevention Act, which encourages private citizens to come forward as whistleblowers against those filing false or fraudulent claims against the Pennsylvania government in order to protect taxpayer dollars.  Representative Grove will be introducing companion legislation in the House. The co-sponsorship memo for the Senate bill can be found here: https://www.legis.state.pa.us/cfdocs/Legis/CSM/showMemoPublic.cfm?chamber=S&SPick=20190&cosponId=30821.

“Only about 2% of fraud is detected by law enforcement, while about 40% is detected by a tip,” said Senator Williams. “So even when our Attorney General and Auditor General are doing a fantastic job, they will still only catch 2% of fraud unless we can encourage people to tip off law enforcement. As both a whistleblower myself and as an attorney who worked with whistleblowers for years, I can tell you that people want to do the right thing and report fraud when they see it. But there are a lot of risks in doing so. They can lose their job, their healthcare, and their pension all in one fell swoop.”

The Commonwealth Fraud Prevention Act will protect whistleblowers against retaliation for reporting waste, fraud, and abuse of taxpayer dollars. Similar legislation has shown extraordinary results. In 2018 alone, the Justice Department recovered $2.8 billion under the federal False Claims Act. Since passing their own state version in 2008, New Jersey has recovered over $122 million. Maryland has recovered $81.6 million for their taxpayers since passage of their False Claims Act in 2015.

“I applaud Attorney General Shapiro for bringing to light the glaring problems our Medicaid program faces. Every misspent or fraudulently used dollar is another dollar hardworking taxpayers have to make up for,” Grove said. “It is now up to the Legislature to get to work and fix these problems.”