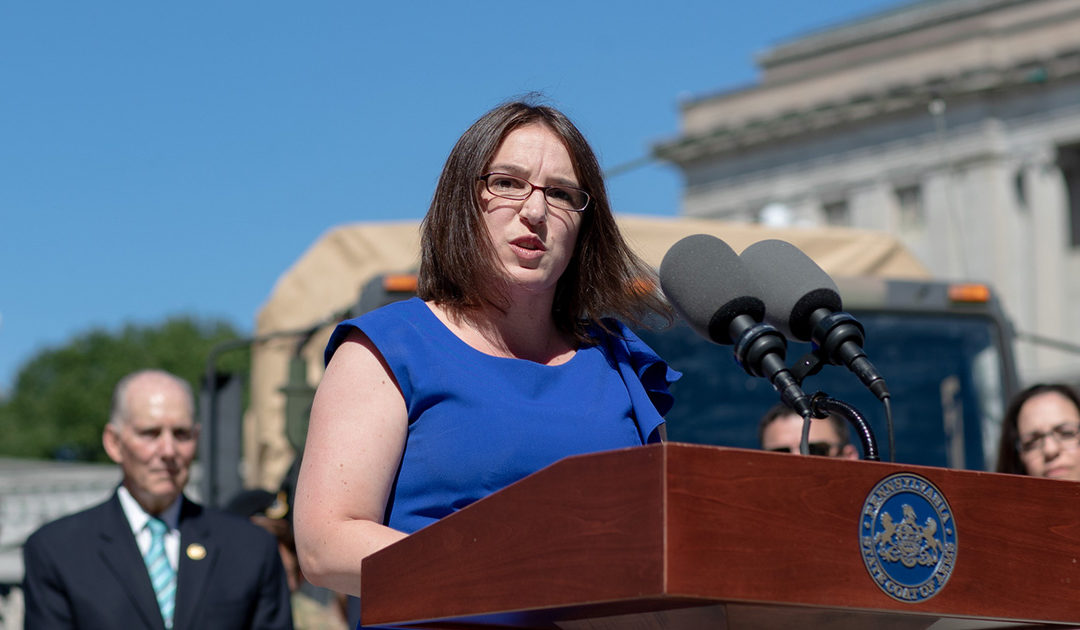 “Today, domestic terrorists infiltrated our nation’s Capitol building and took over both the House and Senate Chambers, as well as offices of individual members. This was an attack not only on our elected officials and the physical building, but on our very system of government. Make no mistake—this was not protest, nor was it an exercise of First Amendment rights. This was an attempt to overthrow the duly elected government of the United States that was the direct result of a campaign of lies, disinformation, and fearmongering by the Republican Party.

We have witnessed members of the Pennsylvania Senate Republican Party happily play a role in disseminating these lies. The GOP Senate Policy Committee held a hearing to examine “irregularities” in voting. At the beginning of the hearing, which was held at the request of Senator Doug Mastriano (R- Adams, Cumberland, Franklin), Sen. Mastriano can be heard over the microphone stating that the witnesses about to offer testimony did not need to be sworn in. None of this evidence was ever presented in court under the penalty of perjury, despite having ample opportunity to in one of the several Pennsylvania court cases. None of this evidence was filed with the Secretary of State to be investigated. Rather, this “hearing” served as a PR stunt for Sen. Mastriano and his fellow Republican Senators and Representatives to stroke the ego of President Trump, who appeared by phone, and to spread lies. Recent reporting shows that this “hearing” cost Pennsylvania taxpayers approximately $3,000. Republicans’ airing of unfounded election fraud claims cost Pa. taxpayers $3,000 | PA Power and Policy: Pennsylvania State News | lancasteronline.com

On January 4, a number of Republican Senators sent a letter to Senator Mitch McConnell and Congressman Kevin McCarthy on the letterhead of the Senate, requesting that they delay certification of Pennsylvania’s electoral votes. Their reasoning: “a majority” of the State Senate was troubled by “inconsistencies.” This letter was not discussed on the Senate Floor. To my knowledge, it was not discussed with the Minority Party at all. No votes were taken on sending a letter from the Pennsylvania Senate expressing this body’s opinion. Rather, Senator Jake Corman, President Pro Tempore (R-Center, Huntingdon, Juniata) and Senator Kim Ward, Majority Leader, (R-Washington) usurped the power of the entire Senate to cast aspersions on Pennsylvania voters and the hardworking men and women who conducted our elections.

As a final straw, yesterday, Senator Corman decided yesterday that he would completely disregard the will of the voters of the 45th Senatorial District and refuse to seat a duly elected Senator, Jim Brewster (D-Allegheny, Westmoreland). This despite numerous recounts, legal decisions, and official certification of the results. Senator Corman did not object to any other election certification. Instead, Senator Corman at one point proposed that NO Democratic senators be sworn in yesterday, after removing Lieutenant Governor John Fetterman from his role as presiding officer of the Senate and taking the role for himself.

Senator Mastriano was in Washington, D.C. today participating in this coup. I am demanding that the Republican senators and so-called leaders, like President Pro Temp Corman – who have denounced the violence happening in D.C., but still refuse to accept election results –  hold their own members accountable for their actions. I want to be clear – I hold the entire Senate Republican Caucus responsible for the illegal and unconstitutional actions that took place yesterday in Harrisburg and today in D.C.

Republicans have been playing a dangerous game at the state level and the federal level. It is not a surprise that this has led to the subversion of the will of the voters and violence. What happened in Harrisburg yesterday was a violation of the Pennsylvania State Constitution by individuals sworn to uphold it. What is happening in Washington, D.C. today is an attempted coup by domestic terrorists. A straight line can be drawn between the two events.