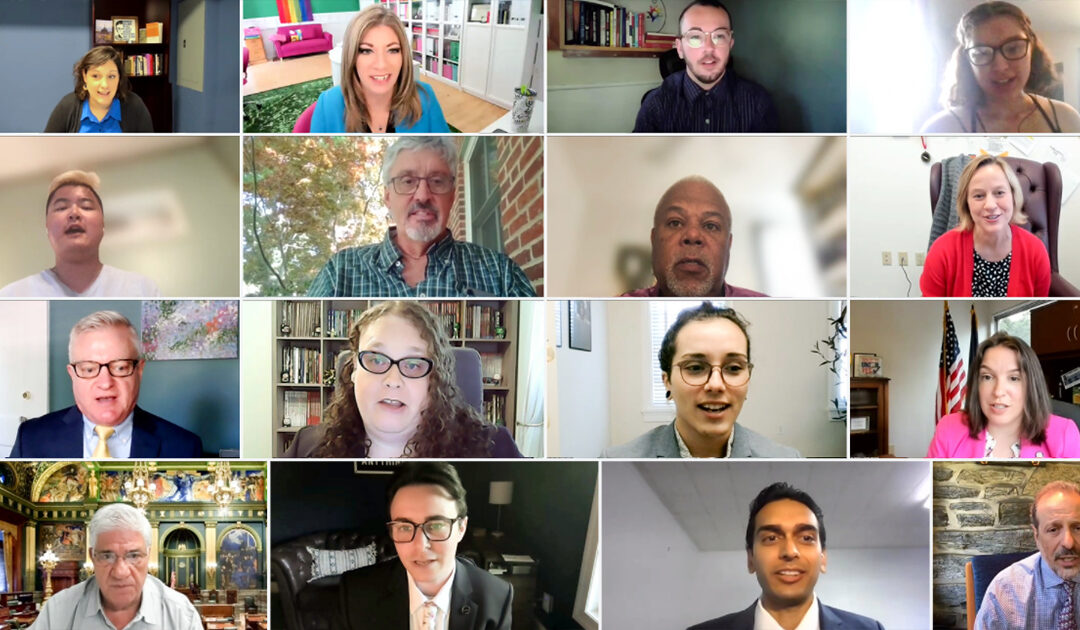 “There are far too many legal and social obstacles for transgender Pennsylvanians. By making it easier to change names and gender at the state level, we can alleviate some of the legal burdens that our transgender community faces regularly. Removing these barriers means that more Pennsylvanians can live their authentic life. This Pride Month, we have the opportunity to support and uplift our trans community, which is exactly what we should be doing as legislators,” Sen. Cappelletti said.

Sen. Katie Muth (D- Berks/Chester/Montgomery), chair of the Senate Democratic Policy Committee, and co-chair of the bicameral LGBTQ+ Equality Caucus, continued, “Pride started as a riot lead by trans women; in particular black trans women, with the help of the late Marsha P. Johnson. It is an honor to be hosting this hearing with my colleagues to honor the work of the incredible leaders and advocates who have come before us, and to ensure that transgender men, women, and those who are exploring the many aspects of their queer identity are guaranteed the right to safe and authentic gender expression here in Pennsylvania. So many members of the transgender and gender non-conforming/non-binary community are subjected to harassment, violence, and discrimination. The arduous and costly process imposed by the commonwealth to make legal name and gender changes on state IDs harder is nothing less than state sanctioned discrimination. As legislators, we will continue to raise this issue in order to making Pennsylvania a safe space for all communities. “

Dr. Tyler Titus became the first out trans elected official in Pennsylvania history in 2017. They currently serve as the Erie County School Board President. They were 30 years old before they started to truly live as their authentic self.

“I was either going to accept myself or end myself,” Titus said.

Titus also said that their experience is unfortunately very common among those discovering or grappling with their identity. They said that transgender youth report significantly increased rates of depression, suicidality, and victimization compared to their cisgender peers. This is due to discrimination, verbal hostility, and physical violence. It has also been shown that 75% of gender-expansive youth feel unsafe at school.

“And what keeps me awake at night is knowing that 50% of gender-expansive youth seriously contemplate, attempt, or complete suicide,” Titus said.

Titus continued by saying that shame, rejection, discrimination, conversation therapy, and abandonment do not cause orientation or gender to change, they just cause isolation, depression, anxiety, suicidal ideation and completion and said, “We deserve to live as our authentic, radiant selves, without punishment or condemnation, but with embrace and celebration.”

Thomas W. Ude Jr., Esq., the Legal & Public Policy Director at the Mazzoni Center in Philadelphia said that he had a client tell him, “It is a privilege to be born with the that fits your identity.”

“Barriers to living as your authentic self in Pennsylvania are unacceptable. Having access to resources and easy to understand processes that allow transgender Pennsylvanians the ability to live and express themselves as they chose is essential. I am grateful for this hearing today to discuss these issues, and plan for a more inclusive future for our commonwealth,” Sen. Kearney said.

Dre Creja said in their testimony that they have identified four major barriers to legal name change for transgender and non-binary Pennsylvanians which include financial, safety, legal, and information and correct process barriers.

Testifiers at the hearing stated that the total costs of changing one’s name can range from $400 to $900. Testifiers also identified the requirement to publicly publish a notice about their name change as expensive, unnecessary, and can be potentially dangerous to their personal safety, employment, or housing.

Camille Snare, a student advocate from York College, said they have not yet been able to afford to legally change their name. They said this process is further complicated by the fact that they are also an immigrant.

“With the current state of my ID and papers, there is a greater risk of me being outed in public spaces or with law enforcement interactions. Not every bar, club, tattoo parlor, or other space in which an ID is required is going to be welcoming to transgender and gender non-conforming folks like myself,” Snare said.

Vishan Patel, of the Name Change Project at Dechert LLP, said that because the legal process that transgender individuals must go through in Pennsylvania is expensive and provides no guarantee of confidentiality, it should be changed.

Patel also noted that the process transgender individuals go through to change their names is much more cumbersome than the process for those changing their name due to marriage or divorce. He said that this alone raises constitutional and equal protection concerns.

“As a matter of safety, efficiency, and equal application, an administrative name change procedure is preferable to one involving the courts. Court costs are often higher than other agency fees and interacting with the courts can be an overwhelming and unmanageable experience for many people, particularly transgender pro se name change petitioners,” Arrowood said.

Arrowood said that states like Oregon, Maine, Hawaii, and New York were all examples of a shift to administrative name changes as opposed to court proceedings.

“It is long past time for Pennsylvania to recognize that there is no binary when it comes to gender. I can think of no better time for this hearing than Pride Month, even as some of our colleagues in the legislature actively work to further marginalize members of the LGBTQ+ community. There is no neutrality here; there is no sitting on the sidelines on these issues. LGBTQ+ Pennsylvanians, including those in the transgender community, deserve the right to live, love, and work in communities that are accepting of who they truly are. I am so grateful for this hearing today to discuss the way that we in the legislature can break down the barriers that prevent people from living as their authentic selves. My office is open to any individual across the state who needs assistance obtaining identity-confirming documentation, especially those who might live in areas where they might feel uncomfortable approaching their elected representatives,” Sen. Lindsey Williams said.

Below are all who participated in today’s hearing: